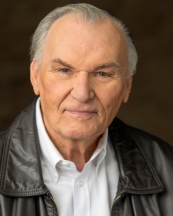 holds a commercial pilot certificate and multi-engine and instrument ratings. Flying “El Gato,” the P-51 Mustang he restored, he has performed in many air shows including Oshkosh, the Chicago Air and Water, the Commemorative Air Force, and the Illinois Antique Airplane Association B-17 Reunion. He founded the Squadron Four Warbird chapter of the Experimental Aircraft Association and has been a featured speaker for numerous aviation and business groups.

Martin has experience in a wide range of aircraft, having piloted more than forty different types of planes. Those he has owned include a Beechcraft C-45, D-18, T34B, Bonanza, and Queen Air; a North American P-51D, P-51TF, T-28A and a Navion; a Piper Apache; a Cessna 401 and 402; a Douglas B-26; and a Republic P-47. He also has logged time in an Aeronaca; a Stinson Station Wagon, and Gull Wing; a Beech Baron, Twin Bonanza, Duke, Travel Air, T-6, and T-34A; a Piper TriPacer, Arrow, and Aztec; and a Republic Seabee, among others.  He and his wife Patricia live in a suburb of Chicago.